Chapter 2. It is boring: why do I need to learn this?

While we get immediately fascinated by the study of the universe, our disappointing souvenirs of a physics lecture bring us back to a terribly boring hour, as our teacher was explaining us the rules of kinematics in one dimension, something like that: (from Evan’s Space, The Wonder of Physics) 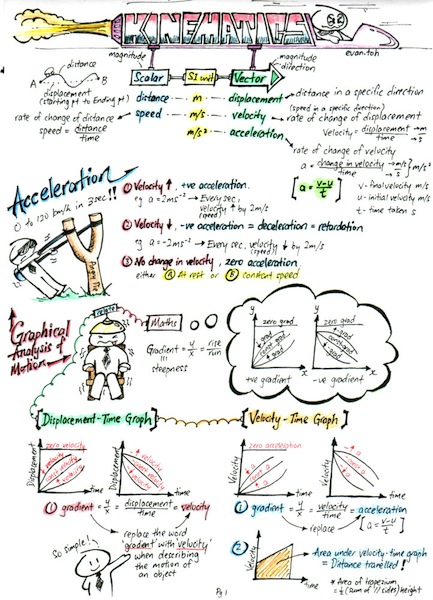 What does it have to do with the fascinating mysteries of the Universe? Well approximately nothing and simultaneously everything!
From one side everything in the universe is in nonstop movement. Whatever the scale of size, from the tiny particles inside atoms to the huge galaxies of stars far away in space, motion is the rule not the exception. In order to understand the universe, we must begin by understanding motion and the laws it obeys. For over 1500 years, people did not understand the nature of motion. One of the great achievements of science is developing a mathematical description of motion. It was an important step in our understanding of nature.

From the other side by observing simple systems like balls, carts and projectiles, as one does in kinematics, we can learn how science works, i.e. how we can explain phenomena scientifically, from both experimental as well as theoretical point of view.
Studying the motion of a cart may seem trivial and perhaps boring. However, we work with the cart because it is simple, and this allows us to focus on the mathematical description of motion. This is the foundation for studying more complicated motion. Moreover we can practice, for the first time, how to make quantitative measurements and estimating the error in those measurements.

Let me make an example of the physics phenomenon of free fall of a ball (nowadays with a good amount of approximation we could as well consider Felix Baumgartner‘s jump). That’s how the experiment looks (how it had/has looked and will look for ever and ever provided someone does not switch gravity off):

That is how physics works.
If I needed to explain someone who has not seen the video what actually happened I would probably phrase it in this way: “a sphere is released from rest and falls downward. During its fall the time is recorder. It takes the ball 140 ms to move 0.1 meters, 284 ms to move 0.4 meters and 429 ms to move 0.9 meters”. Equivalently if we were to draw the numbers in a space-time diagram it would be: 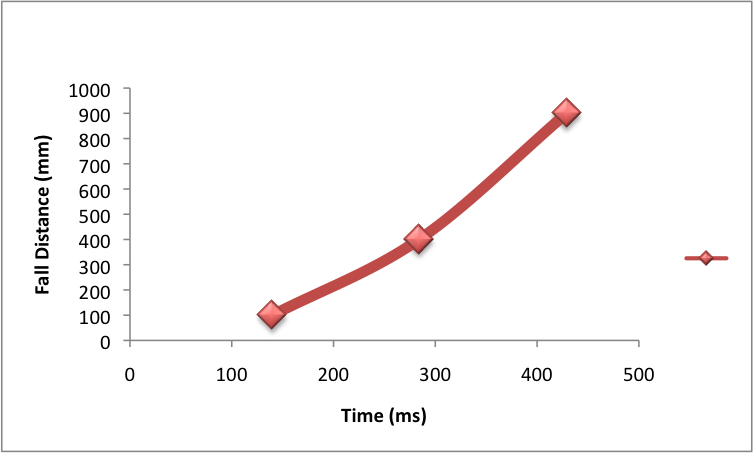 (the points here are larger than the error on the measurements)

The movie, the text and the graph are three different stories to tell the same physics phenomenon.

Can we do more? Can we generalize what we have just observed, such that it can be applied to any other free-fall phenomenon (yes even Felix’s, provided he can be assumed pointlike)? Is there a fourth story to tell? Yes if we bring into the game also a bit of math.

“Science is written in this grand book — I mean the universe — which stands continually open to our gaze, but it cannot be understood unless one first learns to comprehend the language in which it is written. It is written in the language of mathematics, and its characters are triangles, circles, and other geometric figures, without which it is humanly impossible to understand a single word of it; without these, one is wandering about in a dark labyrinth.” (Galileo Galilei)

The formula describing our experiment is actually rather easy:

where x is the distance travelled by the falling Felix, t the time we recorded and g the acceleration due to gravity. If we were to depicted such a formula it would look like a parabola: 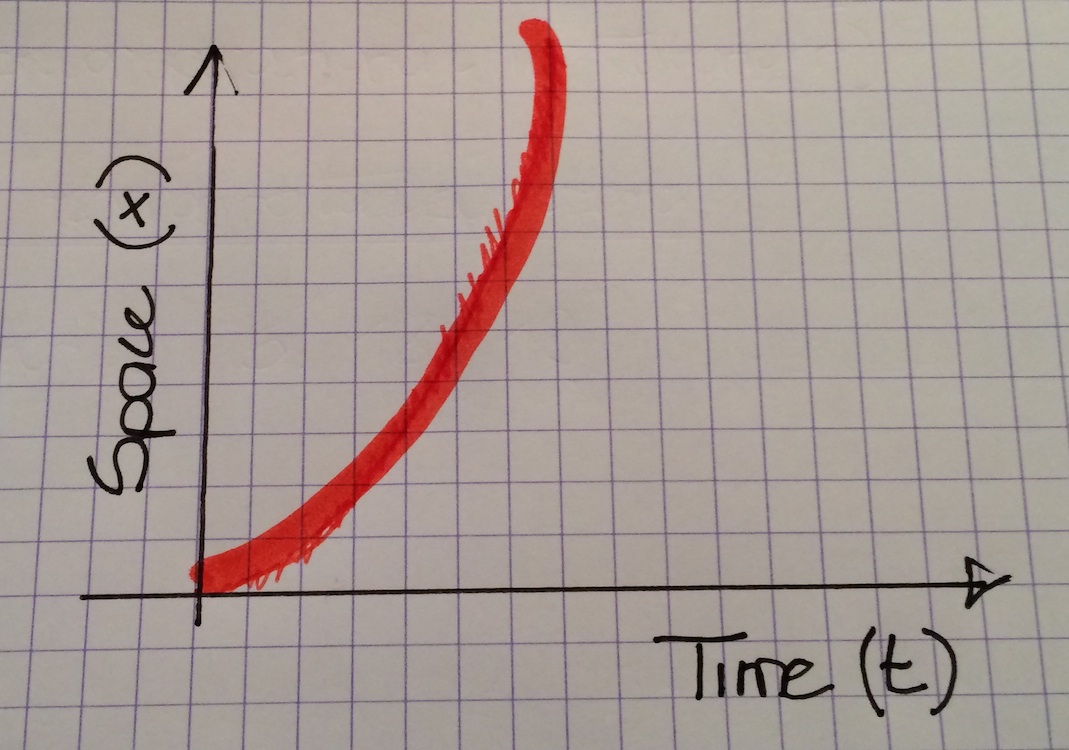 i.e. “in free-fall the distance travelled goes as the square of the elapsed time“.

Indeed we are just phrasing the same experiment in a different way but this time we made a big jump forward: we have been able namely to generalize our experiment to a whole class of other possible experiments and phenomena, those concerning free-fall.

That’s how we proceed in science. 1) We first make an observation. 2) Then we describe it. 3) We formulate an hypothesis to explain it in form of a mathematical relation. 4) And with the use of this hypothesis we predict the quantitative results of new observations. This process is called scientific method and the easiest way to learn how to deal with it, is to apply it to the simplest cases of motion.
It might get boring after a while but if you keep the big picture in mind, it allows you to deeply understand how we progress in science.