Chapter 1: The scale of the universe

Scale is a rather simple concept. We can easily enough define something “big” or “small” in our daily experience. Extreme scales, like then one we  are dealing in physics, are however challenging to grasp.

They to picture yourself how big the universe actually is or how small those fundamental particles at the Large Hadron Collider at CERN are and you will soon realize that our even imagination might fail.

Over the years people have tried to overcome this human limitation with the aid of computer visualization. As I begun studying physics the movie we were shown was “Power of ten“, an original american documentary produced by IBM. Starting at a picnic by the lakeside in Chicago, every ten seconds the starting point is moved ten times farther out and then inward.

The movie is dated 1977. At the end of the smallest known scale there is a proton: its scale represented “the edge of our present understanding“, which is a pretty outdated statement.

If you are searching for an updater scale visualization one of the best in the web is  “The scale of the Universe”: it has an interactive slider and lets you scroll through the zoom levels yourself . 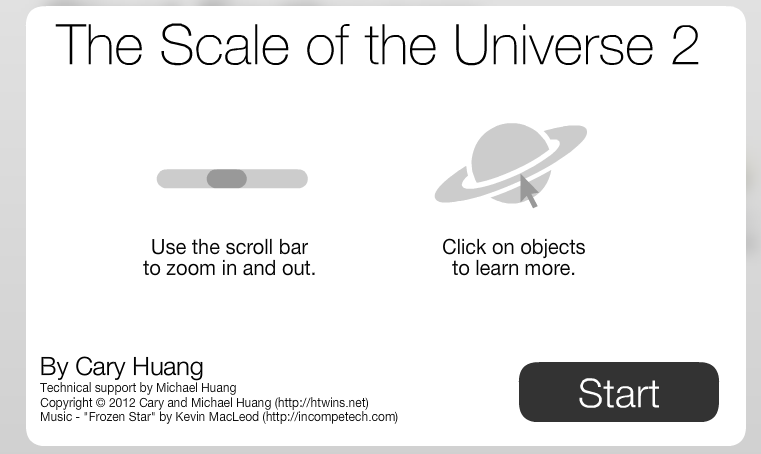 After such journeys the way we view our daily scales will dramatically change. If you then knew, how the Universe at such scales works, you would also realize how skewed your perspective tends to be….